THE majority of violence in Papua New Guinea, including Port Moresby, is alcohol-related, National Capital District (NCD)/Central acting Asst Comm (ACP) Anthony Wagambie Jr says.
“Alcohol consumption and intoxication are also the main causes of ethnic feuds and violence in the city,” he said.
“Such alcohol-related violence is on the rise and the problem is posing a big challenge to law and order and the police.”
Wagambie said some parts of the city had seen on-going fighting and drunken brawls that needed police to quell such violence.
“In the past three weeks, alcohol-related fights were reported in the ATS settlement, 2-Mile Hill, June Valley and 9-Mile.
“But quick police action managed to stop the fights from deteriorating into serious and tense conditions.”
Wagambie said that was why NCD Met Supt Perou N’Dranou had initiated a special operation targeting drunk and disorderly behaviour in the city.
“The operation, code named Drunk Patrol is aimed at arresting and locking up drunkards causing public nuisance and unrest in public places.
“Every Friday night, NCD police will continue to patrol the streets of Port Moresby to contain drunk and disorderly behaviour.
“Some drunkards are locked up for their own safety and for the safety of others as well.
“In some cases, due to the high number of arrests, drunkards fill up police lock-ups.
“When they are sober, they are cautioned and released. People who are overly intoxicated and clumsy to a point where their own safety is at risk in a public place, we detain them for a short period and release them when they sober up.
“We understand their rights, but we have a duty to protect lives and properties too; that’s exactly what we are doing.”
He said N’dranou will discusses with NCDC liquor licencing with issues. 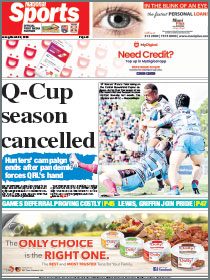 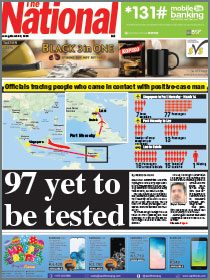 Is the 14-day SOE serving its purpose to this date?