Jealous hubby
A teacher asked his wife to list down all the boyfriends she had before they met. She did and gave him the list. He assaulted her. He was jailed for two years with hard labour by the Vanimo District Court. Well, he asked for it.

Locked up
The janitor closed up and locked all doors thinking that everyone had left the office. He did not know that a lawyer was still working inside the Justice and Attorney-General department building. The lawyer had to call police on 1800-100 for help. They managed to locate the janitor who then opened the doors to the building. A big sigh of relief for all.
Police help
A PNG man living in Jayapura, Indonesia, was told that his sister was being beaten up at Six-Mile in Port Moresby. He alerted police on 1800-100 who went to arrest the man. A useful thing, the telephone.
Less list
Someone drew up a list of words with –less at the end we witness today: wireless (phones), fireless (cooking), keyless (cars), jobless (youths), shameless (leaders), manner-less (children), meaningless (relationships), endless (our hope). And speechless.
Olympic Games
It is increasingly likely that the Olympic Games to be held in Japan later this year will be deferred to next year because of the coronavirus pandemic. On the positive side, it gives everyone an extra year to prepare.
Crowd limit
France has banned any gathering of more than 5000 people, including for sports events, putting into jeopardy scheduled international rugby and soccer matches there.
Thought for the day
Life has taught us that you cannot control someone’s loyalty. No matter how good you are to them, it does not mean they will treat us the same. No matter how much they mean to you, it does not mean they will value you the same. Sometimes the people you love the most turn out to be the people you can trust the least. True.
Top quote
“If you think you are too small to make a difference, try sleeping with a mosquito.” – Dalai Lama 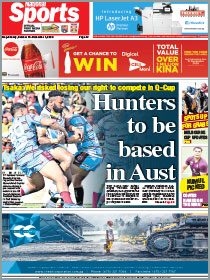 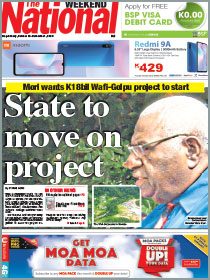