By PETER ESILA
COMPANIES wanting to invest in Papua New Guinea always ask for a good arbitration, says a Government official.
Deputy State Solicitor, Lillian Vevara, said during the international mediation and arbitration conference in Port Moresby yesterday that these were especially oil and gas companies.
She said investors would always ask Government to have a very good arbitrary clause in the commercial agreement.
This is because PNG’s Arbitration Act 1991 is outdated and does not match current commercial trends in the world today.
Vevara said investors always negotiated for the New York Convention to be drafted into the arbitration clause of the commercial agreement. The Convention on the Recognition and Enforcement of Foreign Arbitral Awards, also known as the New York Convention, was adopted by a United Nations diplomatic conference on June 10, 1958, and entered into force on June 7, 1959. The convention requires courts of contracting states to give effect to private agreements to arbitrate and to recognise and enforce arbitration awards made in other contracting states.
Widely considered the foundational instrument for international arbitration, it applies to arbitrations that were not considered as domestic awards in the state where recognition and enforcement is sought.
Venara said Prime Minister Peter O’Neill’s call on acceding to the New York Convention and establishing domestic arbitral institutions was good news.
“The fact is that we haven’t rectified the New York Convention to enforce foreign judgments,” she said. “They (investors) will always ask the Government, ‘Is it safe for us to come and invest?’ especially, in terms of big resource projects like the LNG and other gas projects that we have currently in the country?
“Usually, they will ask the government, ‘What are you going to offer? We are going to invest a lot of money in the country, how are we going to get the money back if anything goes wrong?’ ” 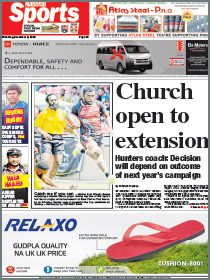 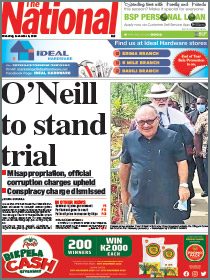 Are you happy with the Supreme Court decision on Friday?