FILLING in RODSS forms at the beginning of the school year and taking the forms to the appropriate district or provincial education authorities are whose function?
Is it that of an individual teacher or the school principal or the concerned authority at the district and provincial level?
Here in NCD, in a well-known secondary school, a female teacher who transferred in from East Sepik on release, has filled in two consecutive RODSS on positions that are currently occupied by one.
A male teacher was released to another province but later found that there was no vacancy in that province, so he decided to go back to NCD. Somehow he had filled in the RODDS before leaving that secondary school in NDC.
The teacher transferring in from East Sepik then filled in the position, assumed to have been left vacant by the male teacher.
Suddenly, the smart teacher walks into the school seeking for a space even though he had been released from NCD.
Interestingly, he still receives his salary for that position which the transferred-in female teacher from East Sepik had filled and copies delivered to NCD Education Division for action.
Sadly, she was asked to fill in another RODSS for another position which the school authority assumed to be vacant because another female teacher of this school had sought a teaching position in another secondary school within NCD.
The transferred-in from East Sepik thought this time she would be okay, waited the whole of term two, sadly to be called in by the school head to fill in the third RODSS because the second position she filled was still occupied by the female teacher who had decided on her own accord to leave and sought teaching space in another school in NCD.
In other words, she was still being paid for that position even though she was already teaching for two terms in another school.
The victim is now hoping that the third RODSS she filled at the beginning of term three will be successful.
Now the question is: who is to be blamed? 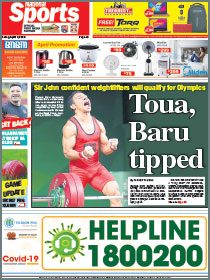 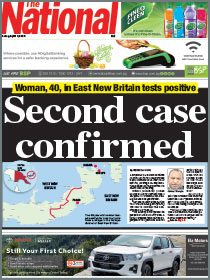